COVID-19 update: OPEN for residential deliveries & commercial drop off & pick up service.
GLR has the proper PPE equipment for it's employees & many new safety rules in place. 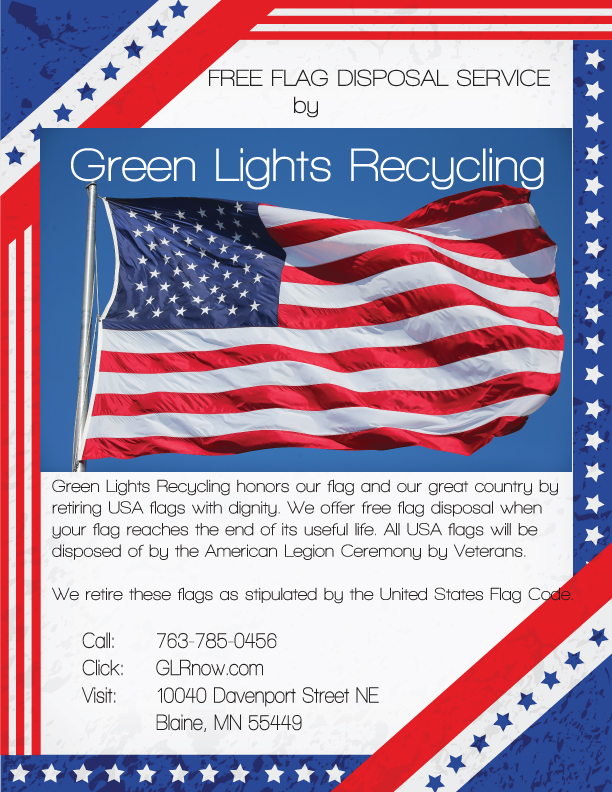 Public Law 94-344, known as the Federal Flag Code, contains rules for handling and displaying the U.S. flag. While the federal code contains no penalties for misusing the flag, states have their own flag codes and may impose penalties. The language of the federal code makes clear that the flag is a living symbol.

In response to a Supreme Court decision which held that a state law prohibiting flag burning was unconstitutional, Congress enacted the Flag Protection Act in 1989. It provides that anyone who knowingly desecrates the flag may be fined and/or imprisoned for up to one year. However, this law was challenged by the Supreme Court in a 1990 decision that the Flag Protection Act violates the First Amendment free speech protections. Access the U.S. Flag Code Guide.